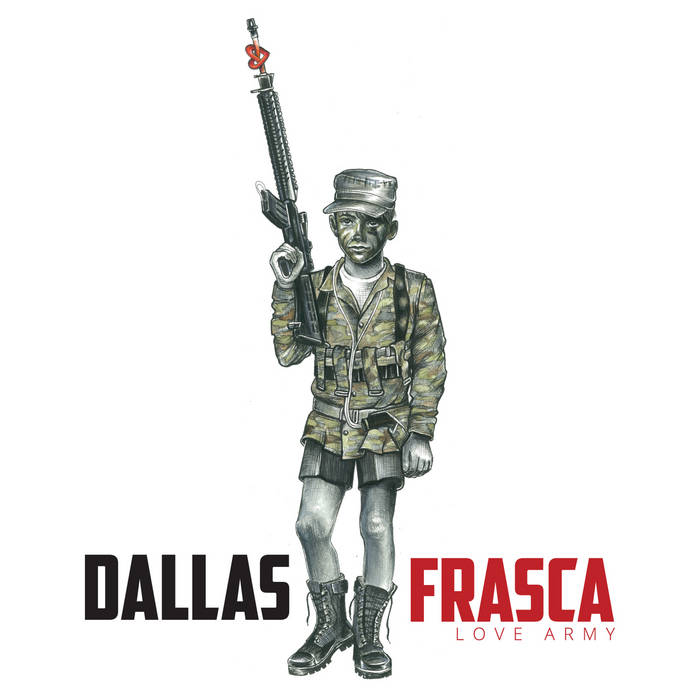 Swagger, alt-pop, power and rock, two guitars, a beast behind the kit, and a mighty presence at the mic. Dallas Frasca is all of those things, and more. And they’re on a highway right to the top.

The award-winning Aussie rock‘n’roll outfit hit the Top 30 ARIA Charts in the first week of release and is a stand-out of its class, with its arsenal of heavier-than-the-earth songs, led by its namesake front woman, riff-maven rocker, with a knack for channelling Janis Joplin. Dallas, raised in the small Victorian town of Wangaratta (the home of Nick Cave), leads from the front with her enigmatic guitarist Jeff Curran. Their worlds collided in 2006 with a chance meeting in a Melbourne dive bar. An early incarnation of the group produced a huge sound as an alt-duo, with an unusual mix of dobros, stomp boxes and home-made instruments. Now a trio, with recent-arrival Josh Eales on drums, the act has steadily built a global following, and made friends in high places.

It’s all built on a foundation of solid rock, and a dedication to the road. From the start, Dallas Frasca has had a grass-roots approach to heavy touring. They’ve electrified crowds across more than 700 shows, including upwards of 150 festival slots. They’ve rocked the iconic Sydney Opera House and worked the audiences at major international festivals from the Big Day Out, Falls Fest and Pyramid Rock Down Under, to International Earth Day (Canada) and Les Nuits de La Guitare de Patrimonio (France). Along the way, they’ve supported Patti Smith, Aerosmith, Van Halen and Earth Wind & Fire, there’s been collaborations with the likes of Whitfield Crane, (Ugly Kid Joe), Sonny Mayo (Sevendust) and in 2010, Dallas fronted the legendary Aussie rock band Midnight Oil (with Violent Femmes’ Brian Ritchie on bass) in support of Amnesty International.

The best is yet to come.