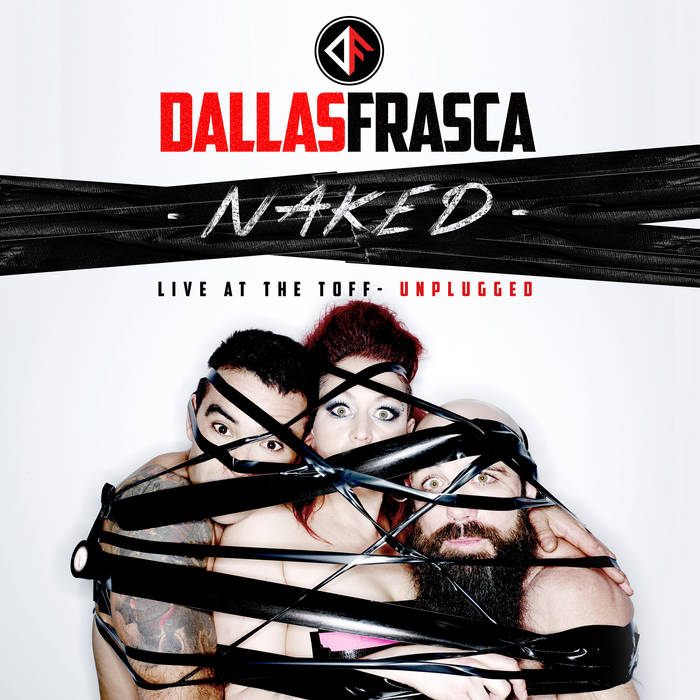 gossegosse77 A great band to discover!!!Dallas has a really great voice and she's a good guitar player!!!

Mark Leathwood Hard to choose a favourite track as every one is a stone cold classic. I was lucky enough to meet Dallas and Jeff on the recent UK tour supporting Ugly Kid Joe. Not only are they a truly phenomenal live act, they were really friendly and great to talk to also. Please come back to the UK soon. Favorite track: Anything Left To Wonder.

On 8th March 2014, riff rock trio, Dallas Frasca put on a special and very intimate performance at the Toff In Town in Melbourne, strip away their amps, dust off their acoustic guitars and go back to their roots...

The night marked the celebration of the end of one chapter in the band’s history, but also the beginning of a new one. After the success of their sophomore album Sound Painter and the news of a soon-to-be-released new album, Love Army, the band have set themselves up well for the launch later this year.

This recording has been made exclusive to the pledgers who successfully helped the band raise $21,480 to record and release their new album, Love Army. "WE THANK YOU"!!!!

Dallas, Jeff and Zane performed songs acoustically from their first EP - Learn Your Routes, first album, Not For Love Or Money and second album, Sound Painter on the night plus a cover thrown into the mix. Backed by the incredible Rachel Snow on violin and backing vocals by long time friends of the band Alexi Kaye and Kellie Fernando.

Reviews from this special gig can be found here: www.tonedeaf.com.au/392572/dallas-frasca-2.htm

"Playing an exclusive one-off acoustic set in the band’s hometown, the “Naked – Sound Painter Unplugged” show laid tribute to the album that took the band to new levels of worldwide success, including a record deal with French label Verycords. The intimate setting at The Toff was much smaller than the venues that Dallas Frasca have become accustomed to playing in recent times – all to the benefit of everyone in the room, who were able to get up close and personal with the band."

"Sound Painter (which earned them a signing with French label, Verycords) has seen the rock trio play to well over 150,000 people both in Australia and internationally in 2013, playing their biggest show to date in Le Mans, France, where over 50,000 rocked up to get down. With three European tours under their belt this year alone, they have also supported renowned artists including big names such as Patti Smith, Earth, Wind & Fire, Aerosmith, Billy Joel, 30 Seconds To Mars, Van Halen, and The Tea Party." - TONE DEAF